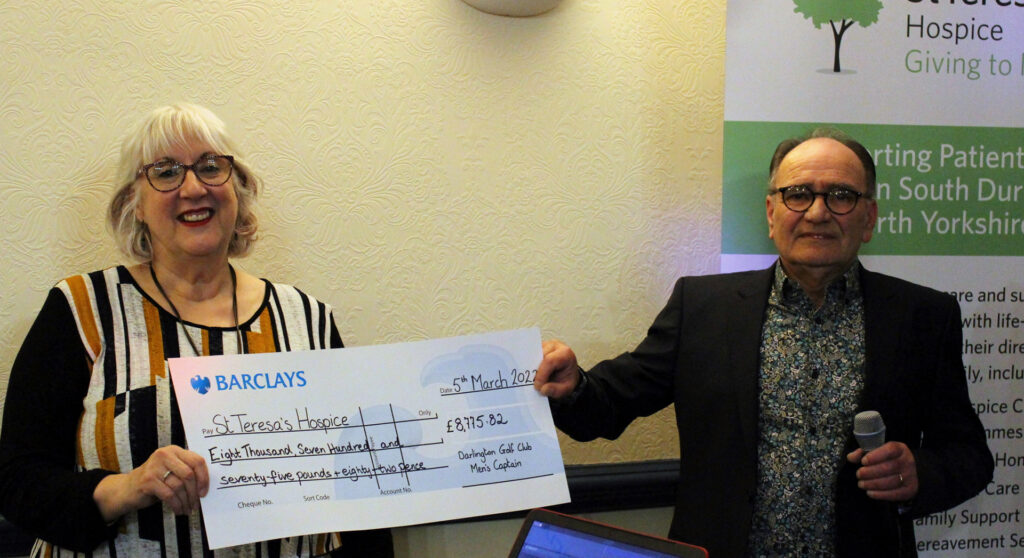 The captain of a golf club got into full swing with his fundraising efforts after COVID left a hospice’s coffers below par.

Darlington Golf Club’s Alan Hildreth (pictured above right) adopted St Teresa’s Hospice as his chosen charity and raised a record £8,775.82 in the process.

After the first year of his captaincy being thwarted by the pandemic and lockdowns Alan, of Darlington, launched a series of events to raise much-needed funds for the struggling charity.

These included collection boxes in the clubhouse; regular raffles, with Alan selling tickets in all weathers in the club car park; an inauguration dinner; a captain’s weekend, featuring a family fun day once lockdown restrictions had been eased; a sportsman’s dinner; a fundraising dinner in January, with proceeds being split between the men’s and women’s captains’ charities; and a captain’s farewell social evening.

Alan also supported the hospice’s Rainbow Rush obstacle course event by providing items for a golf-themed challenge and prizes for the raffle.

“I had never really been involved in organised charity work before and was looking for a cause for my captain’s year,” said Alan, who has been a club member for the past 22 years after taking up golf in his 40s. “I’d been talking to a colleague whose father had passed away but had been helped by St Teresa’s. He was really impressed with the care his dad had received and when I visited the hospice, and saw the services they offer, I realised it was much more than just end of life care and decided it was the charity for me.”

Alan got stuck into organising the events and managed to secure former Middlesbrough footballer Neil Madison to speak at a sportsman’s dinner. The ex-player also donated a signed football shirt to raise extra money.

The charity auction raised well over £4,000 on the night. “I was absolutely over the moon,” said Alan. “Then we had a captain’s ball at the Mowden Park Arena, which raised another £2,000, which was absolutely amazing. When I added up all the money from the year I could not believe how much we had raised and it was well worth the effort.

“It just goes to show what you can do with the support of your club members who are fantastic. The new captain has also pledged to continue to support St Teresa’s Hospice. It’s been a wonderful experience and I have really enjoyed it.”

Attending the Captain’s Farewell evening as one of her last engagements as Chief Executive of St Teresa’s Hospice, Jane Bradshaw said: “We can’t thank Alan and his fellow club members enough for this tremendous effort at a time when the hospice has needed all the support it can muster.

“We are so pleased that the club will continue to support us in our future fundraising endeavours so that we can continue our work to help the community of Darlington, south Durham and North Yorkshire.” 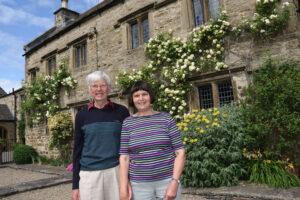 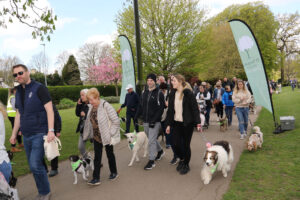 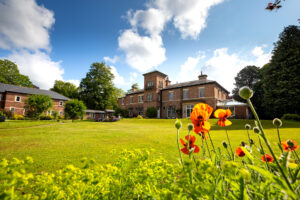